Olivia and James had just gotten married and were planning their first trip to Banff together. Olivia had contacted me about doing a photo session at Moraine Lake as it would be their first time visiting "the twenty dollar view." As the day quickly approached the weather forecast was calling for rain. We discussed choosing a different day or location but they had their heart set on Moraine Lake so we decided to proceed as planned and just hope for the best. As we drove up the mountain before the sun had begun to rise that morning, the rain started to pour. We attempted to wait it out but it seemed the longer we waited, the harder it began to rain. Being the troopers they are, Olivia and James decided to grab the umbrellas we packed and fully embrace the rain. We climbed all over the cliffs and splashed in the puddles and by the end of it we were all completely soaked. I actually love how the film captured the rain, it looks almost mystical. An added bonus was we had the lake completely to ourselves which never happens! 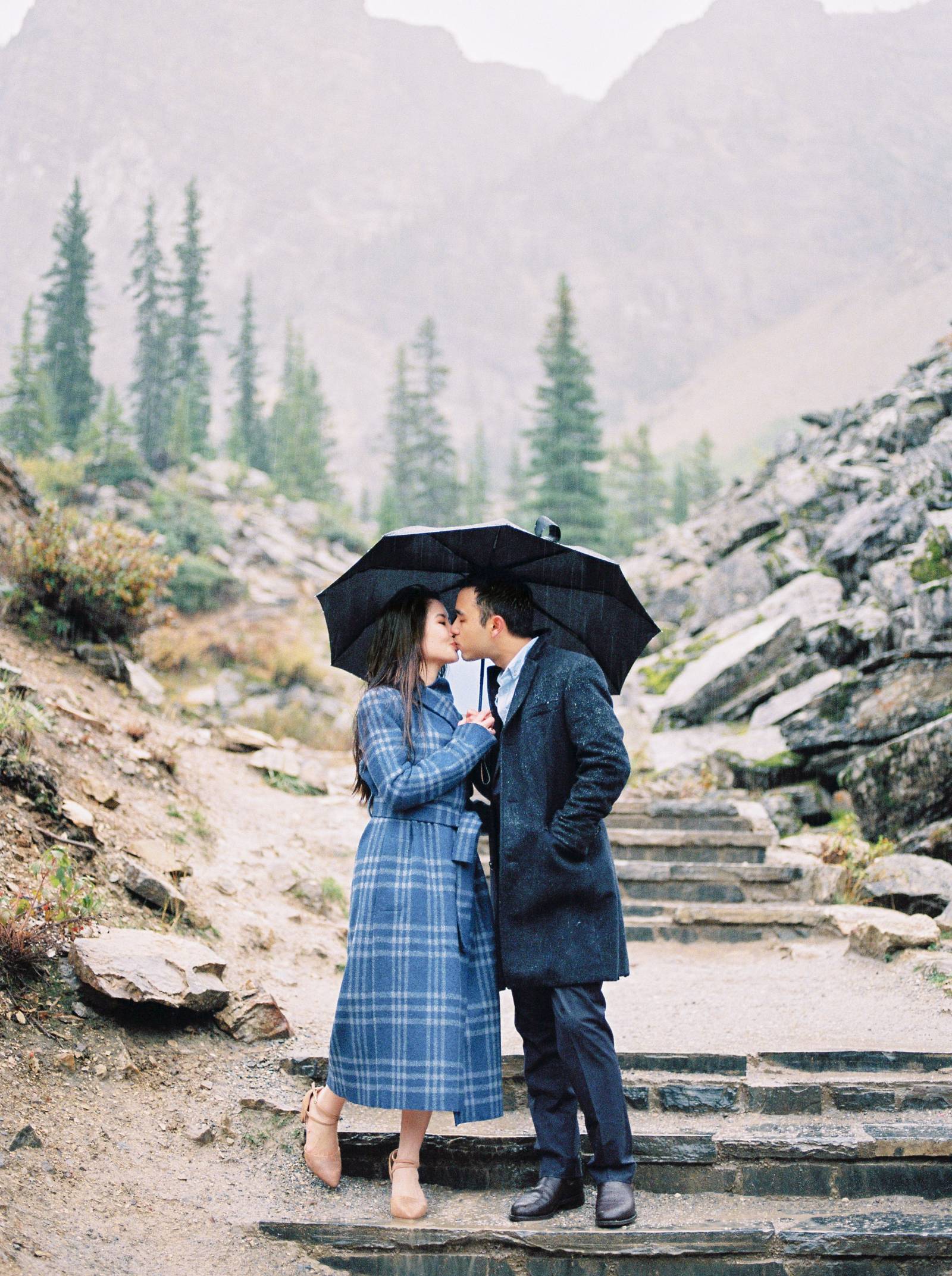 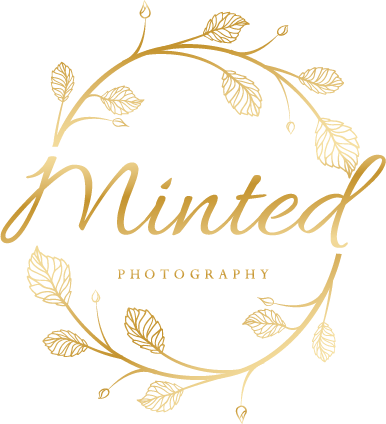